About the Battle of Mortimer's Cross 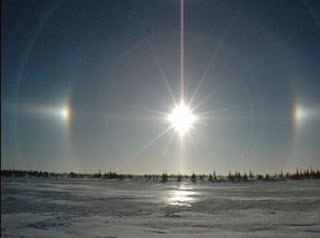 The battle of Mortimer's Cross was fought in the middle of winter, well outside the normal campaign season. It took place when the Yorkist army of Edward, Earl of March, intercepted a Lancastrian force under Jasper Tudor, Earl of Pembroke, that was marching into England from South Wales. On the 2nd February 1461 (though some sources claim the 3rd), somewhere near Mortimer’s Cross Edward deployed the Yorkist army, probably on the ground of his choosing and engaged the enemy. They defeated the Lancastrian army, though we know nothing of the detail of the action, and a number of Tudor’s commanders, including Jasper’s father Owen, were captured and later executed in Hereford.

Unfortunately, this is one of the most poorly documented of all the battles of the Wars of the Roses and we cannot be sure exactly where the action was fought between Mortimer’s Cross and Kingsland. The battlefield landscape has also, in parts at least, been transformed from that which existed in 1461. Hedged enclosures have replaced open field and meadow on the low lying land, while the route of the London to Aberystwyth road across the battlefield has been completely abandoned and replaced by 18th-century turnpike routes.

However, a study of the historic terrain may allow the earlier pattern to be recovered and a survey for the archaeology of the battle may resolve some of the questions about the location and nature of the action.